The Greatest Oil Well in History: The Story of Cerro Azul #4, Eastern Mexico
Jon Blickwede, Teyra GeoConsulting LLC, Houston, TX
The record flow rate for an oil well in the Gulf of Mexico basin, and likely the entire world, is held by the Cerro Azul #4 well in the Golden Lane trend of the Tampico-Misantla Basin of Mexico. Drilled with a cable tool rig by Pan American in 1915-16, the well blew out at a depth of 1,752 feet in karstic limestones of the Middle Cretaceous El Abra Formation. By the time the well was brought under control, some ten days after the blowout began, the gusher had reached a height of nearly 600 feet. Besides having ejected the drilling tools up to 120 ft from the well, the gusher is reported to have carried with it stalagmites and stalactites from the cavernous pores of the reservoir. In order to capture as much of the oil as possible, a series of trenches were dug radiating away from the well site into man-made ponds. The flow of oil steadily increased, and by the time the well was capped, the amount of oil flowing through the trenches was measured to be an incredible 260,858 barrels per day. This did not take into account the amount of oil that was blown up to two miles away from the well site by strong winds. After less than six years of controlled production, Cerro Azul #4 had yielded a cumulative 57 million barrels of oil… and though a shadow of its former self, the well continues to produce today, operated by the Mexican national oil company Pemex.

Jon Blickwede graduated from Tufts University with a B.S. in Geology in 1977, he then went to work for the U.S. Geological Survey in Golden, Colorado before going back to school (University of New Orleans) to obtain his M.Sc. in Geology. He started his career as a petroleum explorationist in 1981 with Amoco Corporation (now BP), and remained with them for 16 years, working projects in the circum-Gulf of Mexico/Caribbean region as well as the Far East. Subsequently, he worked with Petroconsultants (now IHS Markit) in Geneva, Switzerland, Unocal (now Chevron) in Sugarland, Texas, and Statoil (now Equinor) in Houston.  He formed Teyra GeoConsulting LLC in 2017 after retiring from a 35-year career as an exploration geologist, mostly with major oil & gas companies. 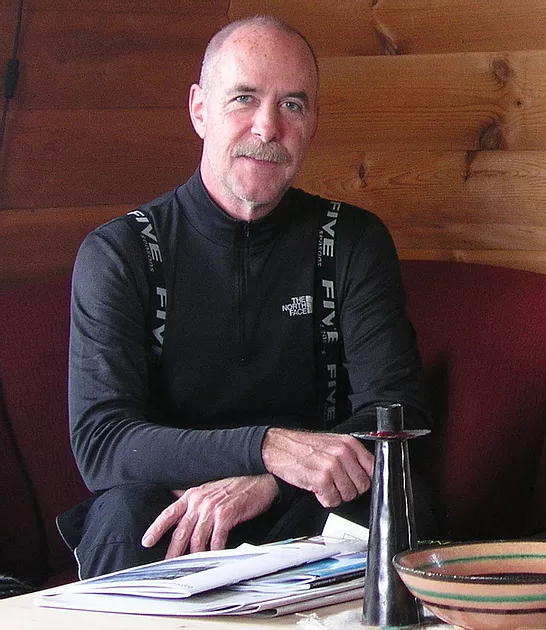 Please help us and let your friends, colleagues and followers know about our page: April Meeting

You can also share the below link in an email or on your website.
https://stgs.org/civicrm/event/info?id=87&reset=1
empowered by
CiviCRM

Overview of the Austin Chalk in South Texas and Louisiana
November 5th, 2021