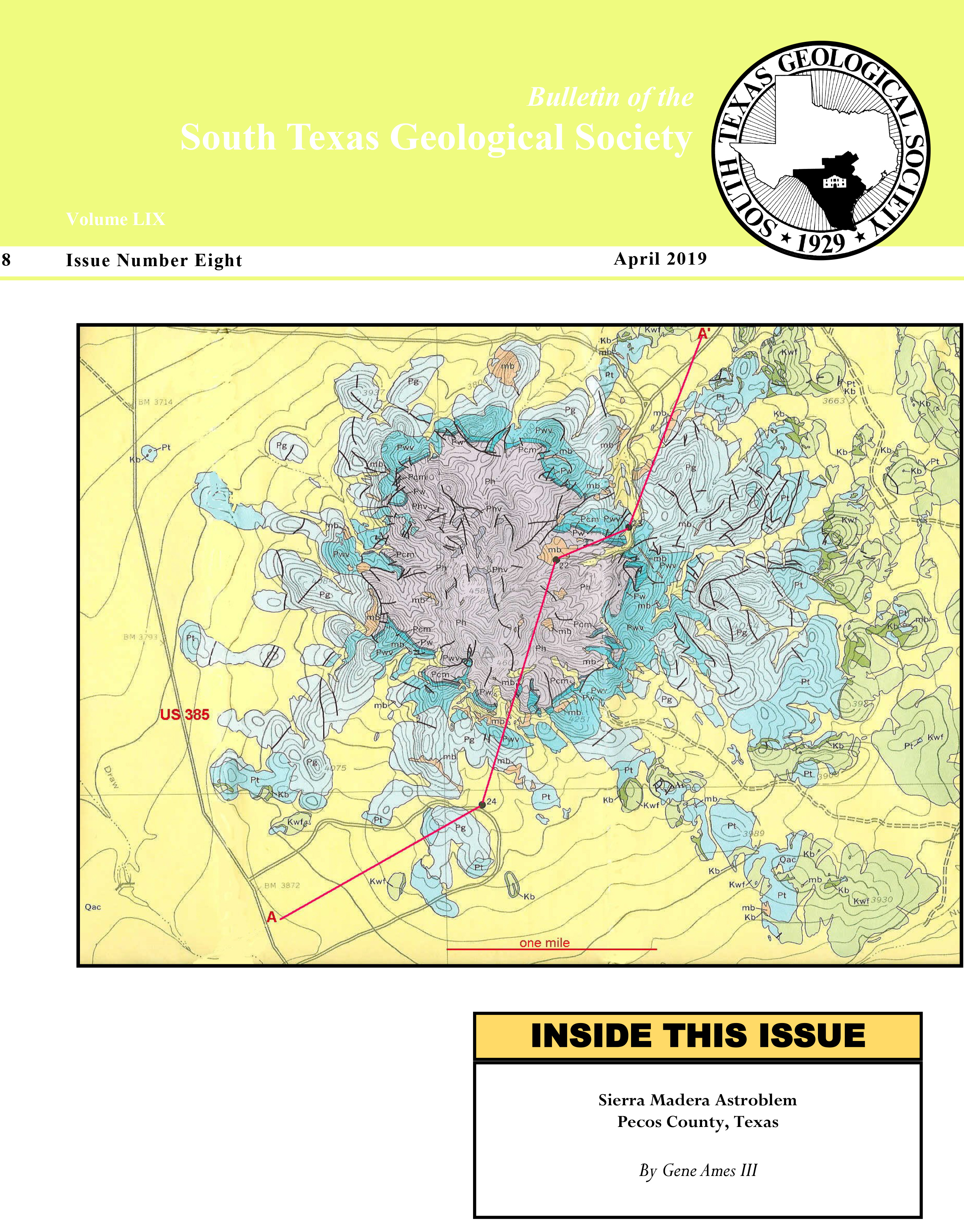 Sierra Madera Astroblem
Pecos County, Texas
By Gene Ames III
Abstract
Just 17 miles south of Fort Stockton, US Highway 385 crosses this astrobleme. One of Texas’ best secrets is that Sierra Madera, immediately to the northeast of the highway, is the central peak of an eight-mile diameter astrobleme. An astrobleme is the scar left on the earth’s surface by the impact of a very large meteor. This astrobleme was thoroughly studied by the United States Geological Survey (Professional Paper 599H, 1972), because it is like astroblemes on the moon and Mars. They are characterized by: an outer rim, a large circular depression and a sharp peak in the middle. The USGS found that rocks in this peak originally were more than 4000 feet below the surface and were rebound from the impact pressure of the large meteorite. The information gained here, that collecting rocks from central peaks provided samples of rocks from far below the surface, led NASA to program some landings on the moon and the robot Curiosity on Mars to land in the depression near central peaks. The rocks that make up this peak are highly folded and faulted, and have high pressure features, crystals and minerals found nowhere else in the southwest.