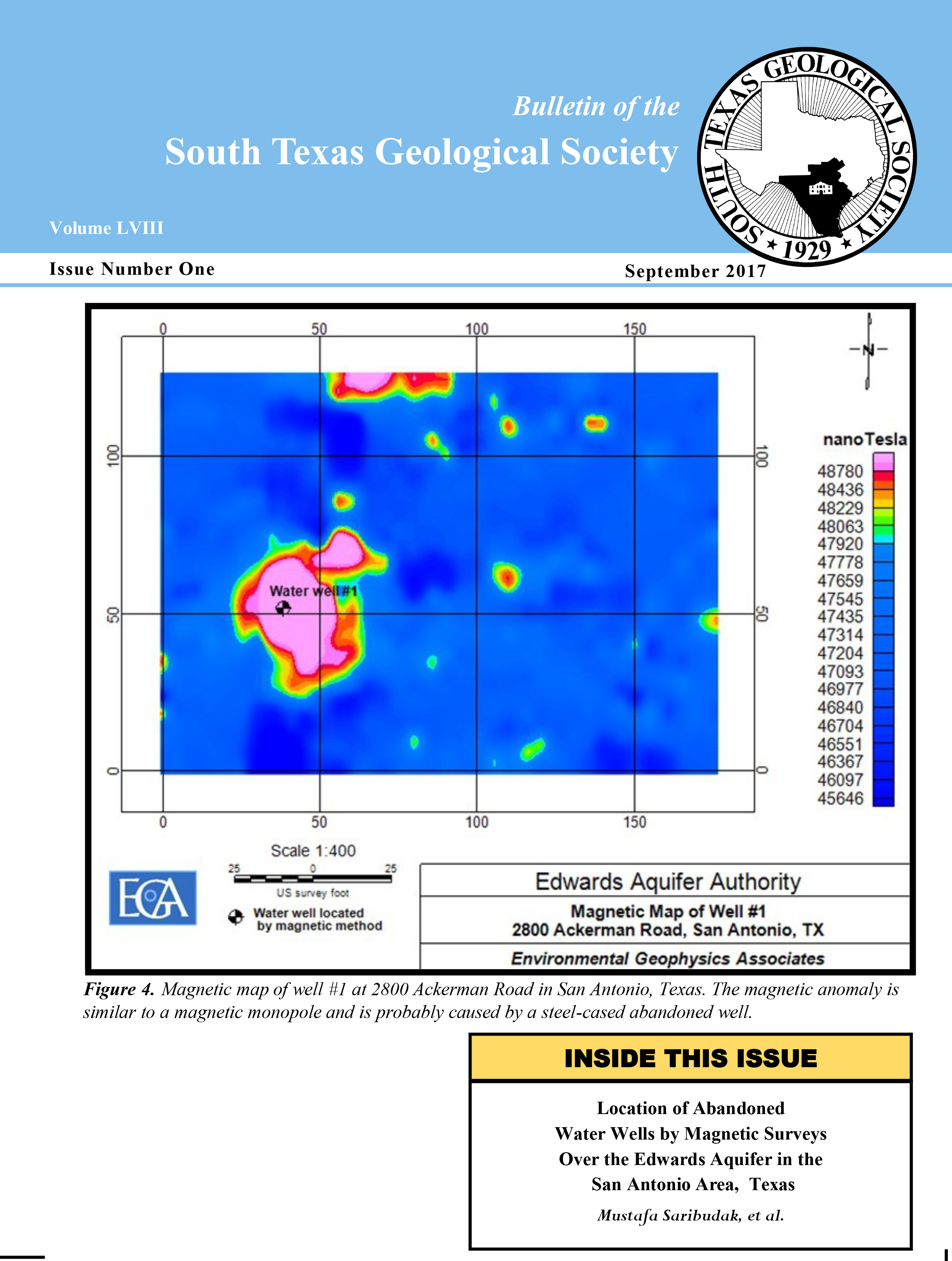 Location of Abandoned Water Wells by Magnetic Surveys over the Edwards Aquifer in the San Antonio Area, Texas
Mustafa Saribudak1, Alf Hawkins1 and Roger Andrade2
1Environmental Geophysics Associates, Austin, Texas
2Edwards Aquifer Authority, San Antonio, Texas
Abstract
The Cretaceous Edwards Aquifer of central Texas is a critical groundwater resource for human and ecological needs. Protecting the quality of this vital resource is the responsibility of all Texans. For many years, groundwater has been pumped from water wells in the region and the Edwards aquifer is a sole source aquifer for the City of San Antonio. Over the years, many wells around homes, farms, industrial sites, and urban areas have been abandoned without being properly plugged. These abandoned wells become potential avenues for groundwater contamination, but they can also constitute a safety hazard for children and animals. Part of the solution is first to locate these wells, most of which are concealed below the ground.
Use of magnetic geophysical survey of the shallow subsurface (0-15 ft) can easily locate ferrous metallic anomalies (in the shallow surface consisting of soils and sediments) that can be attributed to buried metallic objects such as well casing from abandoned wells. Magnetic surveys were conducted to locate three abandoned water wells in the San Antonio area. All three wells were below the ground surface. Results from ground magnetic surveys indicated major magnetic anomalies in and around the steel well casings. Maximum signals from these three wells were in the range of 2,000 nanoTesla (nT). Sources for these anomalies are interpreted to be from the steel-casings of the abandoned wells, and their locations were delineated in the field. Excavations of the marked locations encountered these abandoned wells at about 3 to 4 feet deep below land surface. It appeared that none of the wells had well heads, indicating they had been improperly plugged and abandoned. Two of the wells have been plugged and the casing of the third one has been extended to a few feet above the ground surface since their discovery.
The magnetic method approved to be a relatively fast and cost-effective in locating abandoned wells in this study. For this reason the magnetic method should be considered the primary tool to be employed before other methods are implemented, especially if competent, steel-cased wells are suspected.