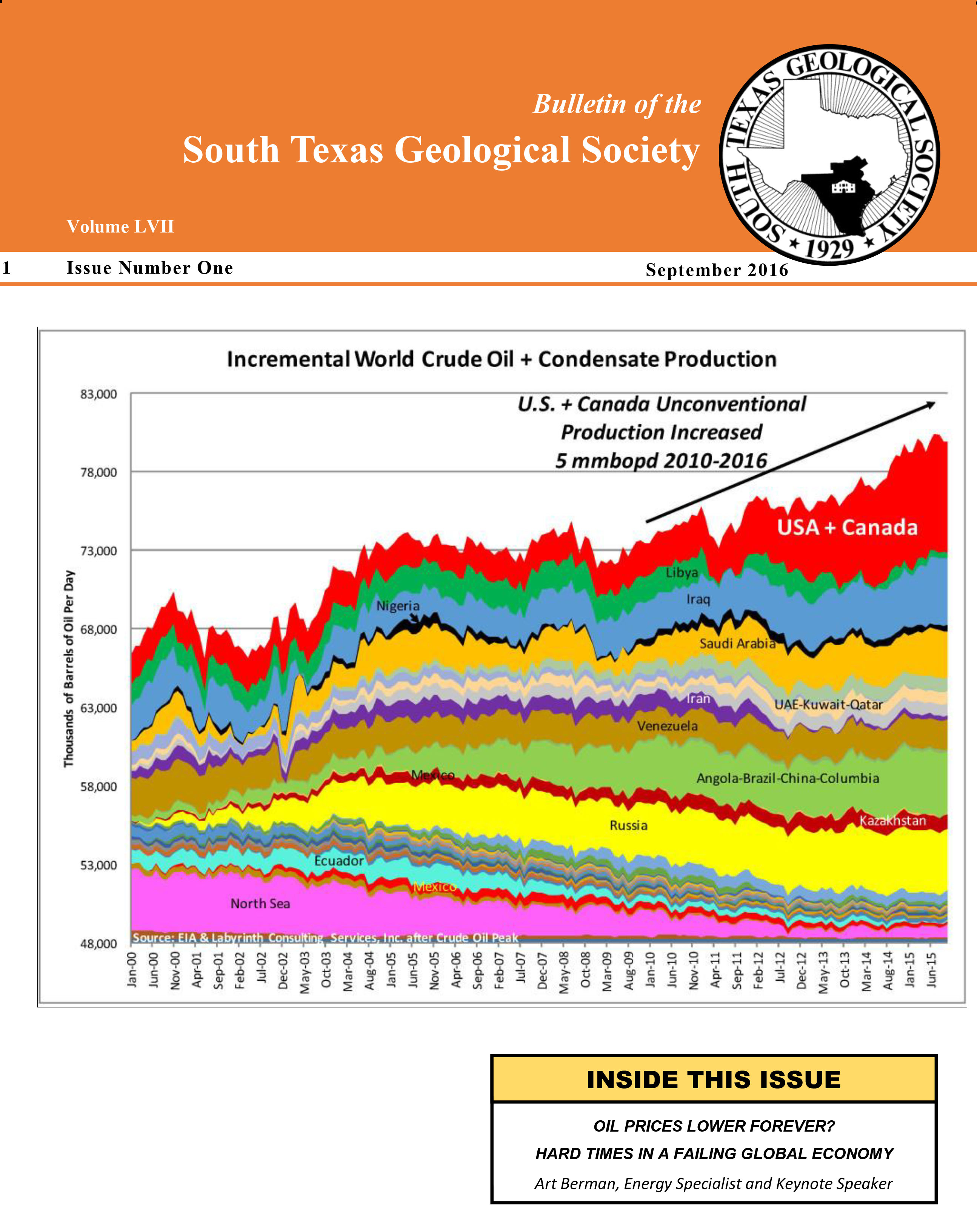 Oil Prices Lower Forever? Hard Times In A Failing Global Economy
Art Berman, Energy Specialist & Keynote Speaker
Two years into the global oil-price collapse, it seems unlikely that prices will return to sustained levels above $70 per barrel any time soon or perhaps, ever. That is because the global economy is exhausted.
The current oil-price rally is over as I predicted several months ago and prices are heading toward $40 per barrel.
Oil has been re-valued to affordable levels based on the real value of money. The market now accepts the erroneous producer claims of profitability below the cost of production and has adjusted expectations accordingly. Be careful of what you ask for.
Meanwhile, a global uprising is unfolding.
The U.K. vote to exit the European Union is part of it. So is the Trump presidential candidacy in the U.S. and the re-run of the presidential election in Austria. Radical Islam and the Arab Spring were precursors. People want to throw out the elites who led the world into such a mess while assuring them that everything was fine.
The uprising seems to be about immigration and borders but it’s really about hard times in a failing global economy. Debt and the cost of energy are the pillars that underlie that failure and the resulting discontent. Immigrants and infidels are scapegoats invented by demagogues.